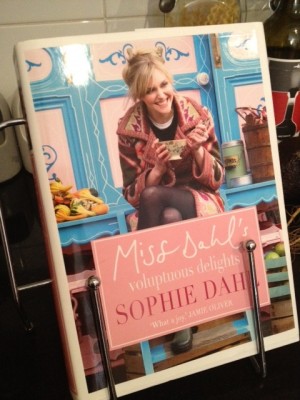 Had a bit of rhubarb lying around so that went in too! Substituted spelt flour for wholemeal flour and oat bran and they are a bit dense but super tasty!! 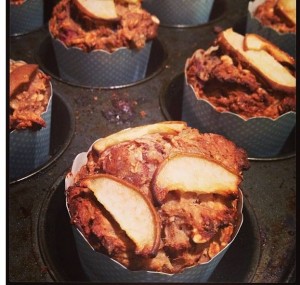 The 2012 Cookbook Challenge – at least one recipe from one book, every week, for the whole year!

This weeks book! Sophie Dahl Miss Dahls Voluptous Delights
Big fan of both of Sophie’s books and the DVD, simple good food for all seasons and moods! I love the melancholy episode!!

In the oven and moments later a rather lovely but a bit flat banana bread! Totally packed with banana loveliness and thoroughly enjoyable but… flat!! I think I have a sneaky suspicion as to why… baking pownder is not the same as Bicarb then?!!! 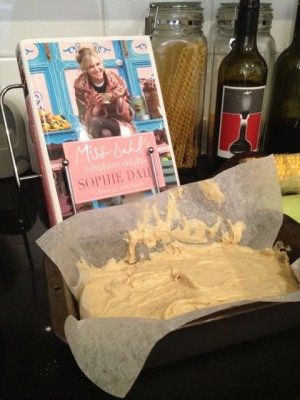