I have the ‘Thumper’ rule that if “you can’t say something nice – don’t say nothing at all” and if somewhere isn’t great then don’t bother blogging about it… but then that doesn’t seem fair if I don’t say something then that seems unfair to those poor soles heading that way!! However I do also think that tomorrow is also another say and no matter what my experience may be the next 10 people could have completely different experiences…. except for this place!

For some reason I didn’t read Urbanspoon before we went, a friend booked and we thought it was funny that somewhere so close and we never knew it was there! But no matter how close it is we would not be going back, it was possibly one of the worst experiences I have ever had in Melbourne. The food was actually quite nice but the ignorant, rude, upselling, cheeky staff make this place a terrible place to be!

I don’t need to go on about it as you can read the same experience over and over on Urbanspoon, it is pretty shocking the number of people who have taken the time to put up comments on their experience and how it is the same complaints over and over…. crazy!

Regardless of the staffs attempts to annoy us all we had a brilliant time and saw the funny side of their antics but for one of the most competitive restaurant cities in Australia you cannot afford to be like this in Melbourne! 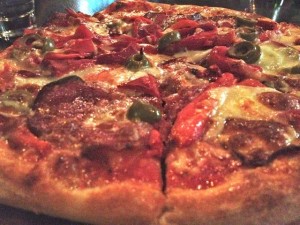 Pizza was ok though!!