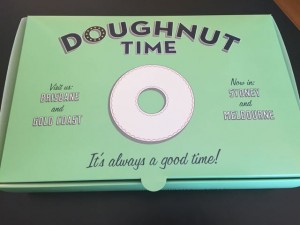 If you are going to cheat – you should damn well do it right and go and get a box of Doughnut Time doughnuts!

These are no ordinary doughnuts, they are all especially named and designed to please! The window on De Graves Street is always crowded with people trying to work out what they are going to partake in, here’s just a few of the latest – what would you choose?;

How is that for creative, entertaining and damn mouth watering!! Now you know why they are at the window trying to decide, you can only really have two each… really so you must choose wisely and hope your friend will share a taste of theirs!! 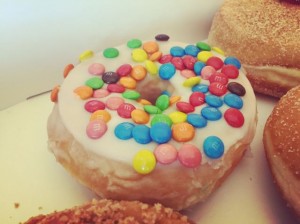 Hubby’s choice No. 1 Slim Shady – Vanilla glaze with mini M&M’s – best of both worlds, you get to try a traditional glaze and there are mini M&M’s all over it. Not my favourite, I think I like my doughnuts and my M&M’s separate but it was still a damn good doughnut! 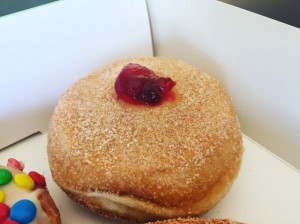 Pump Up The Jam (now 100% vegan) – Raspberry plum jam-filled and dusted with cinnamon sugar – so innocent looking with just a little jam oozing out of the top of a perfectly sugar dusted doughnut…. 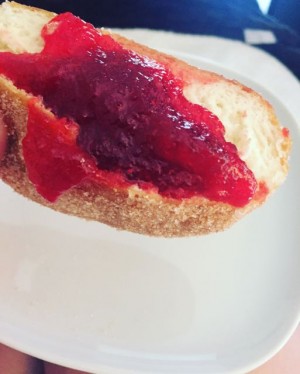 But it is absolutely pumped up with jam and was a bit too much for me, but let it decadently drip out until optimum jam reached and it’s bloody gorgeous!! 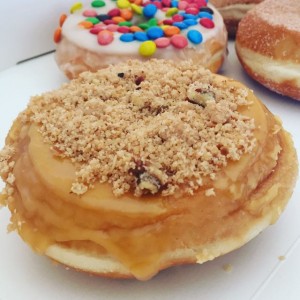 My absolute favourite – the Get Ready To Crumble with caramel-glaze, topped with an amazing pecan crumb and filled with apple and cinnamon filling, I am sucker for mushy apple pie filling ….. oh it was soooo good!!! 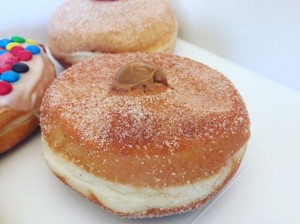 And on special at De Graves Street whilst we were visiting the Salted Caramel doughnut, oozing with sweet, rich, borderline criminal caramel….. it would be rude not too!!

Take a box home, pretend they aren’t all for you, cut them in half and roll around in a food coma for the rest of the afternoon!! I highly recommend it!!